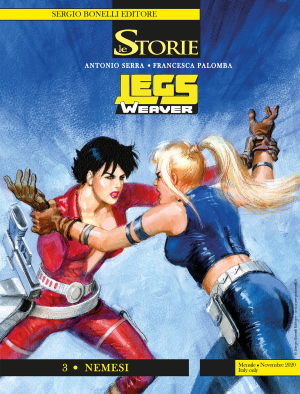 After crossing a scorching-hot desert, avoiding death by the skin of their teeth, Tex and Tiger Jack stumble upon the bones of Spanish soldiers and an imposing wall. After they climbed it to rescue a man tortured and locked up into a cage suspended into the void, the two pards find an incredible golden-roofed city, where people still live as if they were at the time of the first Conquistadores. The town is ruled by the despotical Black Prince, a usurper who keeps his power by spreading fear and death. A handful of brave rebels is fighting the dictator, but their fate looks doomed because of a traitor who exposed them to the Black Prince. Eagle of the Night will try to overturn the situation with the help of his trusted partner, Tiger, joining the rebellion and starting a bold plan to seize the arms and ammunition kept in the dungeons of the tyrant’s fortress...